The Chamber Choir of the Academy of Music in Tullamore was founded in September 2007 as part of a performing groups initiative undertaken by the Academy of Music in Tullamore. Each choral scholar is a student of voice with the Academy and has a different and wide-ranging background in solo, operatic and competitive performance, which enhances the choir’s ability to undertake some of the more challenging choral works and contributes to their fresh and unique sound. The Academy Chamber Choir’s repertoire spans from early to contemporary music.

The choir has had huge success in almost every national choral festival including many awards at Cork International Choral Festival. It has also won awards at Sligo Choral Festival and first place at the Plainchant competition at Limerick Choral Festival and Navan Choral Festival. It recently stood in for the Palestrina Choir at St Mary’s Pro Cathedral, and was most recently invited to perform in place of St Patrick’s Cathedral Choir at their mid-term Eucharistic celebration. It has worked closely with composer Colin Mawby in private master classes on his works, performances of which have brought much success to the Choir. Its most recent success was second place in RTÉ Lyric FM’s Choirs for Christmas Competition, out of 400 choirs.

Director Ciarán Brady has an honours master’s degree in Music and vocal performance from NUI Maynooth, where he also directed the University Chamber Choir. Further postgraduate studies brought him to Germany where he trained in advanced vocal technique with Prof. Markus Goritzky at the Hochschule für Musik in Freiburg. Ciarán is Director of the Academy of Music in Tullamore and is also a full-time professional vocal coach there. Ciarán’s voice training started at the age of 10 as a boy treble and Head Chorister of the famous Palestrina Choir. Professionally he was a member of the RTÉ Chamber Choir and founder member of the National Chamber Choir. He also has extensive work as a soloist and recordings and has worked with companies such as National Opera, Opera Northern Ireland and Opera Ireland. Ciarán also directs Moate Children’s Choir.

Gerard Gillen has been Titular Organist of Dublin’s Pro-Cathedral since 1976 and was Professor and Head of Music at the National University of Ireland, Maynooth from 1985 to 2007. A First Class Honours graduate of University College, Dublin, Oxford University, and the Royal Conservatoire of Music, Antwerp (where he gained the Prix d'Excellence, the highest award for instrumental performance), Professor Gillen has an international reputation as an organ recitalist and has given over 950 recitals throughout Europe, the Middle East, America and Australia, performing at such prestigious venues as the Royal Festival Hall, London, St Thomas, New York, Grace Cathedral, San Francisco, St Stephen’s Cathedral, Vienna, St Thomas’, Leipzig, Notre-Dame, Paris etc. Recital engagements for 2014 take him to Germany, Poland, Italy and to Westminster Cathedral for the annual prestigious ‘Grand Organ Festival’.

Gerard Gillen was founder of the Dublin International Organ & Choral Festival (now ‘Pipeworks’) of which he was artistic director from 1990-2000. He is currently chair of the National Advisory Committee on Church Music to the Irish Episcopal Conference. In 1984 he was conferred with a Knighthood of St. Gregory (KCSG) by the Vatican. Other honours include the John Betts Visiting Fellowship at Oxford (1992), and in December 1996 he was nominated the classical winner in Ireland's TV National Entertainment Awards, the first and only organist to be so honoured. In 2006 he was made a Chevalier des Ars et des Lettres by the French Government; in 2007 he was conferred with the degree of Doctor of Philosophy honoris causa by the Pontifical University of Maynooth, and in 2010 he was awarded the Belgian Government honour of ‘Officer of the Crown’ and the Ehrenkreuz für Wissenschaft und Kunst, 1e Klasse (Cross of Honour for Science and Arts) by the Government of Austria. He was also elected to Fellowship of the Royal Irish Academy of Music (FRIAM). His CD of the organ music of César Franck and Flor Peeters on the English LCS HiRes label was one of Norman Lebrecht’s special Christmas recommendations for 2009.

God so Loved the World

God is with us

The Road Home (theme “Prospect” from Southern Harmony) adapted by Stephen Paulus (b. 1949)

My Souls been Anchored in The Lord 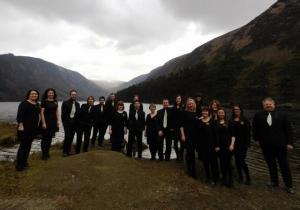 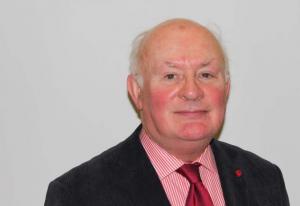