Elmo Cosentini was born in Vienna where he received his musical education at the city’s renowned University for Music and Performing Arts, studying organ with Peter Planyavsky with whom he gained a Master’s degree. Additional to his studies in Vienna he actively participated in master classes in Toulouse (with Michel Chapuis, Xavier Darasse, Ton Koopman) and in Haarlem (with Ewald Kooiman and Piet Kee). An established recitalist and chamber music player on both organ and piano, his performance work has taken him to many European countries as well as the USA, South Africa, China, Australia and New Zealand.

A noted continuo and solo player with many of the European leading orchestral ensembles, he has given premieres of contemporary music, made CD recordings and also performed in live broadcasts for different European TV and radio stations. He is also a conductor of both opera and symphonic music.

Elmo Cosentini has given lectures, master classes and workshops at universities and conventions such as the Chinese University of Hong Kong, the Hong Kong Academy for Performing Arts, the Hong Kong Cultural Centre in Melbourne, the International Summer Academy in Venice, and the National Convention of the American Guild of Organists in Los Angeles. Currently Cosentini teaches at the University for Music and Performing Arts in Vienna where he earned a doctor's degree for his dissertation on Rachmaninoff's piano music; he is also organist at the Parish of Heiligenstadt in Vienna as well as at the city’s famed Augustinian church.

Michael Dawson, born in 1989, is a singer, multi-instrumentalist and conductor from Malahide Co. Dublin. He graduated top of his class with a First Class Honours degree in music from Maynooth University in 2011 and received his masters in Ritual Chant and Song from the Irish World Academy of Music and Dance, University of Limerick in 2013. Michael currently conducts the St Michaels College Singers, Maynooth University Chamber Choir, Enchiriadis Chamber Choir and the Fingal Youth Choir which he founded alongside the Fingal Children’s choir in September 2013. Aside from conducting, Dawson is a member of ‘the Autotunes’ Barbershop Quartet, a Lay Vicar Choral of Christ Church Cathedral, Dublin, and is a former member of the internationally renowned Anúna choir. Michael’s choral activity has taken him to  the US, the UK, Sweden, Spain, the Netherlands and China.

There is another Sky 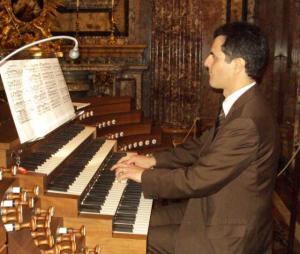 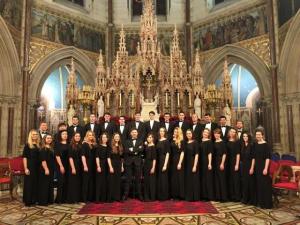