Colm Byrne began playing the cornet at the age of six. His father, a trombone and piano player, gave him his first music lessons and then sent him to join the local Navan ‘Silver Band’. Three years late he commenced studying trumpet at the Royal Irish Academy of Music under the direction of James Cavanagh. He soon distinguished himself at the Feis Ceoil, winning all awards for trumpet playing, including the Walton Cup for Brass. Membership of the National Youth Orchestra of Ireland, the Irish Youth Symphonic Wind Ensemble and the European Wind Ensemble soon followed. At the age of 15 Colm performed Hummel’s Trumpet Concerto with the RTE Concert Orchestra. On completing secondary school, Colm moved to Glasgow where he studied trumpet at the Royal Scottish Academy of Music and Drama with John Gracie, and from where he graduated, winning the Governors’ Recital Prize for Brass, numerous chamber music prizes, and a scholarship to Aspen School of Music in Colerado. On his return to Ireland Colm began his professional career as a teacher and freelance performer with all the professional ensemble bodies here and with numerous orchestras abroad. In 1999 he was appointed co-principal trumpet player with the RTE National Symphony Orchestra.

Gerard Gillen is artistic director of TISOS and was consultant to the Parish on the acquisition and installation of the Frobenius organ in 1995. He was Professor and Head of Music at Maynooth University from 1985 to 2007. He is currently Titular Organist of Dublin’s Pro-Cathedral and is widely regarded as one of Ireland's leading church and concert organists. A First Class Honours graduate of University College, Dublin, Oxford University, and the Royal Conservatoire of Music, Antwerp (where he gained the Prix d'Excellence, the highest award for instrumental performance in the class of Flor Peeters), Professor Gillen has an international reputation as an organ recitalist and has given more than 1000 recitals throughout Europe, the Middle East, America , Hong Kong and Australia, performing at such prestigious venues as the Royal Festival Hall, London, King’s College, Cambridge, St Thomas, New York, Grace Cathedral, San Francisco, St Stephen’s Cathedral, Vienna, St Thomas’, Leipzig, Notre-Dame, Paris, St Bavo, Haarlem, cathedrals and major recital venues in Antwerp, Bratislava, Brussels, Bruges, Copenhagen, Freiburg, Ghent, Hamburg, Hong Kong Cultural Centre, Jerusalem, Kosice, Lübeck, Luxembourg, Malaga, Oslo, La Madeleine, Paris, Pittsburgh, Potsdam, Rome, San Francisco, Talinn, Turin, Warsaw, Zaragosa, etc. He has also been a member of international competition juries in Oxford, Ann Arbor, London, Graz and Dublin. Gerard Gillen was conferred with a Knighthood of St. Gregory (KCSG) by the Vatican in 1984. Other honours include the John Betts Visiting Fellowship at Oxford (1992), and in December 1996 he was nominated the classical winner in Ireland's TV National Entertainment Awards, the first and only organist to be so honoured. In 2006 he was conferred with the title Chevalier des Ars et des Lettres by the French Government for his contribution to French Music, and in 2007 he was conferred with the degree of Doctor of Philosophy honoris causa by the Pontifical University of Maynooth for his services to Church Music, and he was also elected to Fellowship of the Royal Irish Academy of Music (FRIAM). In 2010 he was decorated by King Albert ll of Belgium as an ‘Officer of the Crown,’ and was awarded the ‘Cross of Honour for Science and Arts’ by the Austrian Government. His CD of the organ music of César Franck and Flor Peeters on the English LCS HiRes label was one of Norman Lebrecht’s special Christmas recommendations for 2009.

Concerto in B Minor (after Vivaldi)

Sonata in B Flat for Trumpet and organ *

* Items for trumpet and organ 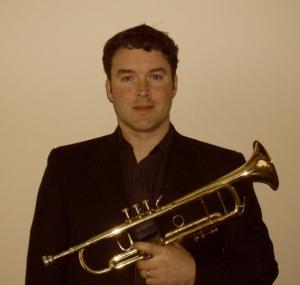 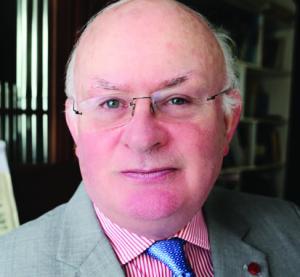