THOMAS CHARLES MARSHALL grew up in Portlaoise and now lives in Mullingar. He studied organ with Shane Brennan, Peter Hurford and David Adams and is a graduate of Cambridge University; he also has a Masters in Music Performance from the Royal Irish Academy of Music, and has performed extensively both in Ireland and abroad. He is director of music and organist at St Ann's Church, Dawson Street, Dublin. He is also a researcher and executant of the Japanese traditional lute known as the satsumabiwa. Charles lived in Japan for 14 years where he studied the Japanese lute, the satsumabiwa, with Yoshinori Fumon from 1994 to 2003, learning the traditional style of recitation as practiced by the warrior class in the southern part of the Japanese island of Kyushu. Fuji no Takane is a poem written by Yamabe no Akahito (700-736) describing Mt. Fuji.

ADELE O’DWYER, born in the US, began her musical studies at the age of seven in Chicago. With a long and varied career as performing artist, chamber musician, composer and educator, Adele possesses a wealth of experience from many diverse angles and musical perspectives. From her early orchestral training with the Chicago Civic Orchestra - Chicago Symphony Training Orchestra, mentorships with international soloists such as Zara Nelsova, Janos Starker and Lynn Harrell and chamber music coaching with the Juilliard String Quartet, Adele has played extensively as an orchestral musician on both sides of the Atlantic, holding leadership positions in the Savannah Symphony Orchestra, National Symphony of Ireland, Irish Chamber Orchestra, RTÉ Concert Orchestra and the Opera Theatre Company, etc. Possessing a love for a wide diversity of musics, Adele has performed and recorded with such well-known artists as, DeDannan, Liam O’Flynn and Jimmy MacCarthy. Adele holds an MA in Classical String Performance from the University of Limerick and a Postgraduate Diploma in Legal Studies from the King’s Inns. Currently living in Tullamore, Adele is Music Director of the Tullamore Classical Music School. She plays a Colin Irving cello built in 1982.

BOGDAN SOFEI was born in Bucharest in 1975. He is co-founder and leader of the ConTempo String Quartet, the ensemble-in-residence in Galway since January 2003 and RTE Resident Quartet since May 2014. He graduated from the University of Music in Bucharest where he studied with Ladislau Csendes and Stefan Gheorghiu. He continued his studies at the Banff Centre for the Arts in Canada, the Royal Academy of Music in London, Academia Chigiana in Siena, European Academy of Music in Aix-en Province, Britten-Pears School for Advanced Music Studies in Aldeburgh and Escuela Superior de Musica Reina Sofia in Madrid. Bogdan received a Master of Arts in Music at Cork School of Music, in 2005. He has won several international and national competitions in Italy and Romania in addition to several international prizes he has won as first violinist of the ConTempo Quartet, He has toured extensively, performing at many major international festivals in Europe, Canada and the USA. He was recently awarded the degree of DMus h.c. by NUI Galway in recognition of his contribution to music in Galway and the Western region. 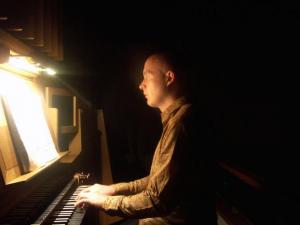 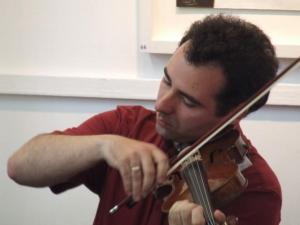 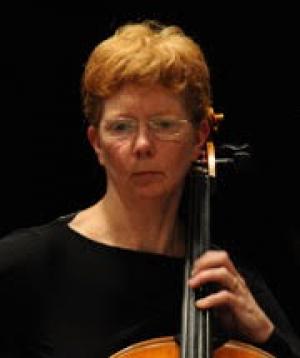