Aleksandr Nisse is an organist and composer of Russian (St. Petersburg) and French (Paris) descent who spent his childhood years growing up in Hamburg and in the family ancestral home in Normandy, France. As a child Aleksandr was influenced by the legendary blind organist Helmut Walcha who was his father's teacher and by his aunt Danielle Salvignol-Nisse, a student of Jean Langlais and Gaston Litaize. Aleksandr studied organ with Susan Landale in Paris and continued his keyboard studies with Louis Robilliard at the Conservatoire National de Region de Lyon, where he was unanimously awarded "Premier Prix de Perfectionnement" with distinction. A scholarship for postgraduate studies at the Royal Academy of Music in London followed where he studied with Nicolas Kynaston and Lionel Rogg.

He regularly performs concerts in Ireland, UK, Switzerland, France and Germany and in recent years he gained a postgraduate award from TU Dublin to undertake PhD studies in composition under the supervision of Prof. Gráinne Mulvey. His research area lies in the application of the exact partial pitches of the harmonic series.

Aleksandr has held positions in Terenure College, St Andrew’s Church, Westland Row, Carmelite Church, Whitefriar Street, Dublin, and in March he was appointed as Titular Organist at St Mary’s Pro-Cathedral Dublin.
His recent recording, “The Ascension”, on the renowned Selby Abbey organ received 4 stars in the BBC Music Magazine and 5 stars in the Choir and Organ magazine. As a composer he was commissioned in 2019 by the Hochschule der Künste Bern, Switzerland, to write an Irish based piece for voice, strings and wind, dynamical organ and dancers. Entitled Aiséirí this piece was performed as part of a dance production in Bern Minster in June 2019.

His most recent piece NOTINTUNE was commissioned by the Crash Ensemble. A reflection on the impact of digital devices on society, the piece explores what happens when humans, distracted and out of tune with their natural selves and surroundings, lose empathy, a quality without which it is suggested our human civilization might cease to exist. 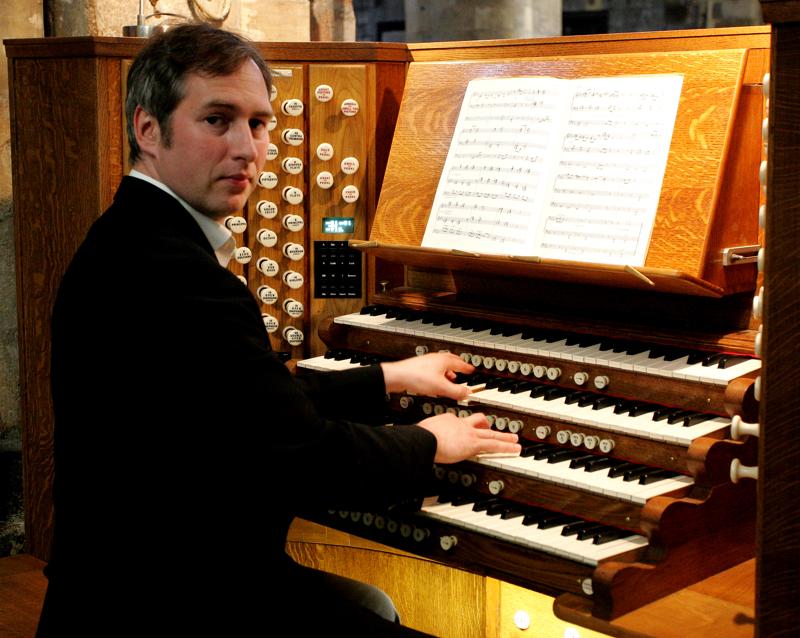